Today is the day that the great children’s author Roald Dahl would have enjoyed his 100th birthday, and up and down the land, children will be dressing up as their favourite Roald Dahl characters to celebrate. Of course, you are also free to dress up as your favourite Dahl character too if you so desire, but if not, then here are a few other ways you can commemorate the great man… 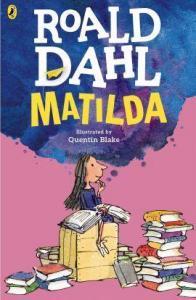 Whether it’s been a few years since you’ve picked up one of his children’s classics, or reading them is part of a regular bedtime routine in your house, there has never been a better day to enjoy your favourite Roald Dahl book – after all, we’ll never get another Roald Dahl Day like today, right? Your only problem might be choosing a title. With Matilda being voted the nation’s favourite in a recent poll, this might be a good starting point, or maybe you want to revisit The BFG after seeing the recent Spielberg film adaptation. But if you’ve got a few Roald Dahl-shaped wholes in your bookshelf, The Book People promo codes can help you fill a few, or all, of those gaps. Using The Book People promo codes is one of the best value ways to buy the 15 Book Roald Dahl Collection – buying all of them individually will set you back a whopping £98.85, but here you can purchase the set for just £21.99 as well the audio book collection for only £19.99. 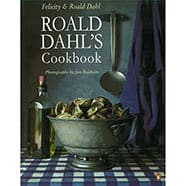 Roald Dahl books aren’t just about the classics – he was a prolific author who also wrote many short stories and adult fiction works such as Roald Dahl’s Book of Ghost Stories (£7.99 with The Work discount codes). But if you want something completely different, why not try Roald Dahl’s Cookbook, written by Dahl and his wife Felicity and containing some of his favourite recipes as well as countless amusing anecdotes (£14.99). For adults and children alike, you can also use The Works discount codes to order titles such as The Oxford Roald Dahl Dictionary (£10) and The Roald Dahl Quiz Book (£5.99). 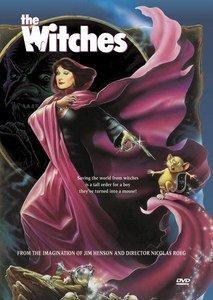 Dahl was famously critical of the some of the film adaptations released before his death, but still many of them have remained firm favourites in every family collection, and today is the perfect time to revisit a few of them. The new BFG adaptation is still showing in a few cinemas, and you can also pre-order it on DVD and Blu-Ray, but if you want to start from the early days of Roald Dahl film adaptations, there is no better place than with Willy Wonka and the Chocolate Factory (RIP Gene Wilder) - you can also compare and contrast it with the more recent Charlie and the Chocolate Factory movie. The 90s Hollywood version of Matilda has now become something of a classic in its own right and for those who love stop-motion animation, James and the Giant Peach and Fantastic Mr Fox are both must-watches. But perhaps one of the very best Roald Dahl films has to be The Witches, something that manages to be both one of the scariest things you will ever see AND a kids’ film. So if you fancy catching some Dahl on celluloid in the near future then Zavvi promotional codes can get you many of these titles on DVD or Blu-Ray at a very good price indeed.

So don’t go to bed tonight without getting lost in a Roald Dahl chapter or revisiting a classic film from your childhood, even if they might result in some strange dreams about sadistic head teachers or children turning into berries…