5 Classic British Game Shows That We Need Back

Today brought news that old favourite Blankety Blank is to return to screens for an updated version, and although we loved the naff prizes of the Terry Wogan and Les Dawson eras, we can’t help thinking that there are other shows worthier of the reboot treatment. Here are five classics that we’d loved to see back on our telly (as well as a few mentions of some that need to be left well alone), although who they’d get to replace the original legends as hosts is another question entirely…

Yes, it was revived recently in tourist attraction live experience form, but we all know that’s not the same thing at all. Although we all dream of participating in our own Crystal Maze-like challenges, half the fun of the original was shouting at the TV because of the sheer ineptitude of the contestants (like we could do any better) and the joy of seeing Richard O’Brien do his thing. And no we won’t talk about the later series where someone else we can’t even remember took over. So as long as the powers that be can find a suitable replacement this time around, can we please all agree that The Crystal Maze needs to return to screens pronto? 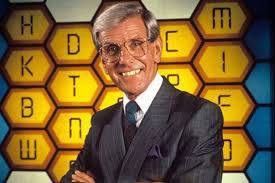 Is there any other classic theme tune that even comes close to signalling a wave of tea time nostalgia? ‘Can I have a P please Bob?’ launched a generation’s worth of playground sniggers, but let’s face it, we all wanted to go on Blockbusters and ge the chance to ask Bob himself. But can someone answer that most elusive of questions - why was it always two people on the Blue Team versus one person on the White Team? Any reboot needs to address this gross act of unfairness.

Whether anyone would actually be able to persuade Anneka Rice to return to a world of turquoise jumpsuits is another question entirely, but we can all agree that in the somewhat uncertain and dour Britain of 2016, we all need a bit of community spirit and goodwill. The woman who somehow managed to build entire community centres in a matter of hours might not be up for a revival, but if a suitable replacement can be found, then why not? They get to drive their own buggy for goodness sake! Who could turn down an opportunity like that? 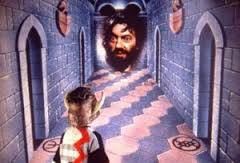 The special effects may have been a bit shonky, but there was nothing more tempting or terrifying than the prospect of being able to appear on Knightmare. The dungeon master was by far the scariest thing on television at the time, and I’m sure we’re not the only ones that wondered what really happened to team members when their life force ran out. It should come as no surprise to find out that Knightmare was actually voted best children’s TV show of all time in an online poll in 2014, and quite rightly too.

We’re cheating a bit with this one because it was actually revived a few years back, and the more we think about it, the more we realise what we love about it is the fact that is was so quintessentially of its time. But it deserves a mention anyway, along with an answer to that question that has dogged the programme through the years – what did they do with all those speedboats? We were surprised to discover that the original Bullseye run lasted until 1996, purely because it is so associated with the 1980s, and even though it would be great to see it back, we’re not too sure there’s that much demand for a darts-based game show right now. Or is there?


And let’s not forget…

…those game shows that should really be left well alone. 3-2-1 was as famous for its complicated rules as it was for Dusty Bin, and The Weakest Link outstayed its welcome by several years. And if anyone out there is even considering bringing back Noel’s House Party, can someone stop them right now? Please?

Of course, you can enjoy many of the originals of these shows online thanks to channels such as Challenge, so if you want to get your fix of retro game shows on a wider screen, perhaps take a look at the latest Currys promo codes to see if you can save a bit on your new purchase, or Sky discount codes to upgrade your TV package. But if you don’t think you can cope with Jim Bowen on your living room wall, enjoy savings on slightly smaller devices with Argos promotional codes so you can invest in a new tablet.