How to Spot Future Collectibles

With the auction of a classic Star Wars figure reaching a new record price, it appears favourite toys from our childhoods are still big business. With thousands of pounds being exchanged on auction sites for vintage and retro toys every day, the inevitable questions will start to be asked about what current toys might be valuable in the future.

A boxed figure of Star Wars bounty hunter Bobo Fett smashed its estimated sale price of £4000-£5000 to reach an astonishing £26,000 at auction recently. The toy was one of many figures in a Star Wars collection auctioned in Teesside, with an unpainted Boba Fett prototype also fetching a huge price of £18,000.

Only time will tell whether a range of toys from particular franchise will have such as following again, but there a few things collectors of the future should be looking out for…

In recent years we’ve seen the re-immergence of some classic childhood favourites from decades past such as Sylvanian Families, so perhaps a few purchases to be kept in peak condition might be a wise investment. You can use Argos discount codes to save money on selected Sylvanian Families releases, or keep an eye out for other classics such as new Muppets memorabilia which could also be a future money-spinner, especially any limited editions. And it goes without saying that they should all be kept in their boxes.

There is so much to choose from when it comes to Disney toys, and it’s incredibly difficult to predict the next big thing – who could have known that Frozen would rise above every other single Disney Princess offering to become one of the highest-grossing films of all time? Those folks who got their hands on any limited edition dolls and products just after the film was released are now reaping the rewards. There’s no sure fire safe bet here, which makes it all the more interesting and exciting, but collectors should look out for future Disney films that could be particularly ground breaking – the upcoming Moana for example – or ones with particularly strong characters. The next step is to keep an eye out for any limited edition products and pre-order. Then keep your fingers crossed, of course… 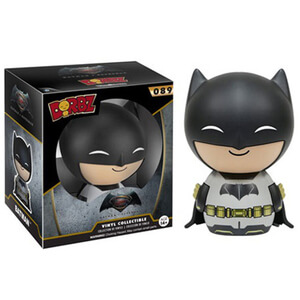 Star Wars merchandise has always been popular, but there’s no denying the fact that the new films have contributed to that huge Boba Fett auction sale price. So how can we use this to make predictions about other film franchise collectibles? Start by researching future film releases and look for any reboots, such as the recent Ghostbusters, for example – merchandise from the original films could well go up in price, so see if you can buy anything while it’s still low, or perhaps you’ve even got some original toys hidden away yourself! Other ones to look out for include DC Comics or Batman toys which you can purchased using The Hut promotional codes.

Lego has been on a role recently, with both the brand and the range expanding considerably. Using FireStar toys promo codes you can now save on their range of specially designed Lego Collectibles. It’s as if they could read our minds! But which ones to choose? They cover pretty every pop culture and sport reference you could think of from the German national football team (perhaps worth more in the future if they’d won the Euros?) to The Simpsons. It’s a good idea to keep an eye out for any upcoming releases and use your judgement to try and predict what might be gold in the future.

There’s no hard and fast rule for collecting toys. Although there will be some current offerings that could be worth a fortune in the future, looking at is from a purely monetary point of view isn’t necessarily the best way forward. Starting collecting from a love of a particular character or series, and even if they don’t turn out to be money-spinners, you’ll still have a great collection you can be proud of.