Vote for Lymphoma Out Loud This October and Help More People to #BeBodyBrave!

Lymphoma Out Loud is a young charity with a rebel spirit, determined to make a BIG impact. Every 27 minutes, another person is diagnosed with lymphoma, making it the most common form of blood cancer, and the most common cancer in teenagers and young people. Lymphoma is on the increase, and despite all of this, awareness of it is shockingly low. Lymphoma Out Loud are on a mission to educate, empower and ensure that everyone is aware of the signs and symptoms of the disease. Their message is simple: #BeBodyBrave. 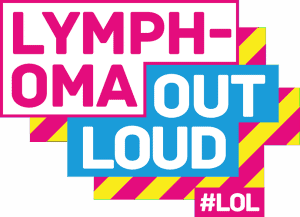 History of the Charity

Lymphoma Out Loud was founded by Charlotte, who at the age of 26, was diagnosed with an incurable Non-Hodgkin's lymphoma. In the two years prior to her diagnosis, she made various trips to the GP and A&E. Despite her pleas that something was wrong and that she could feel something growing inside her, she was told she was too young for anything serious to be wrong.

It wasn’t until her sister dragged Charlotte to her own local GP that she was referred for further tests. It was confirmed she had advanced and progressive lymphoma. Charlotte also discovered that she’d been living with cancer for the past two years, and her cancer had spread so far that it was now incurable.

In a kick-ass desire for change, Charlotte wanted to encourage and empower others to to understand their body, educate on the signs and symptoms, and instil the confidence in young people to approach their GP if they suspect something doesn’t feel right.

Today, Charlotte and her team are disrupting lymphoma in a bold and brave new way. They have one key, simple message: #BeBodyBrave.

Depending on the type of lymphoma and where it is in the body, symptoms can differ. Many can also be mistaken for less serious illnesses, such as flu, which makes lymphoma harder to diagnose. By being aware of your body and the symptoms of lymphoma, it can make it easier to recognise them, which can lead to earlier detection, quicker diagnosis and treatment, and ultimately, improved chances of survival. Each occurrence of lymphoma is different, but common signs and symptoms include:

While these symptoms can often be associated with other less serious illnesses, Lymphoma Out Loud want to highlight the importance of not being afraid to contact your GP if you have recurring symptoms of any kind, or just feel that something isn’t right.


How You Can Support Lymphoma Out Loud

This October, Lymphoma Out Loud are one of our three charities taking part in our poll. By voting for them, you can help the charity continue their mission to encourage more young people to #BeBodyBrave. Cast your vote for Lymphoma Out Loud today and help them to win 20% of this month’s profits!

For more information about the charity, and how you can get involved with their work, visit their website: https://www.lymphomaoutloud.org/.