This week saw news that the 80s classic Splash is getting the remake treatment. So far, so Hollywood. But what made everyone sit up and take notice of this particular cinematic soundbite was the fact that the new film will swap the genders of the two main characters, so the mermaid (played by Darryl Hannah in the original film) will be a merman (to be played by Channing Tatum in the new version). With the recent success of the all-female Ghostbusters, it seems that Hollywood has finally cottoned onto the fact that women can sell a film, so what others 80s classics are ripe for a gender swap remake? 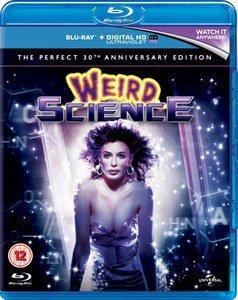 You remember the one, the John Hughes classic where two high school nerds are fed up with not fitting in so put their scientific know-how to good use by creating what they consider to be the perfect woman? Of course, it doesn’t quite go to plan, otherwise there wouldn’t be much of a movie and shenanigan ensue etc etc. This one comes in at top of the list for a gender swap updated remake because it has the potential to portray something on screen that we see so little of – girls as scientists, and successful ones at that. Although how they’d go about defining the perfect man is another question entirely. If you need reminding of how 80s the original really was, you can use Zavvi promo codes to order the Weird Science 30th Anniversary Edition Blu Ray (£6.99 or 2 for £10). 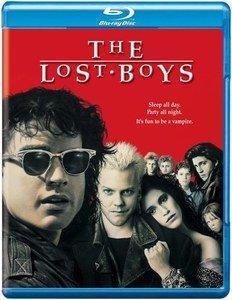 Family moves to seaside town. Oldest teenager (who looked suspiciously like he was closer to thirty than twenty) tries to fit in with the local gang who unfortunately turn out to be creatures of the night. Come on, it’s happened to us all at some point or other. One downside of a The Lost Boys remake would be that any modern day tale would have to dispense with the 80s styling (e.g. lots of mullets) which this film has A LOT of, but I’m willing to sacrifice that for the sake of a potential ‘The Lost Girls’. It’s been a few year’s since I’ve seen this film, but if memory recalls, there’s maybe one girl and one mother in the main cast. That is all. And of course, there are a lot of boys, both of the vampire-type and the vampire-hunter type. So what better candidate is there for a gender swap remake? Onscreen vampires always seem to be male with very few exceptions, so let’s fill a whole film with female ones for a change.  For those who need reminding of the original, you can secure you own copy of this 80s classic using Zavvi promo codes (£10.49 on Blu Ray). 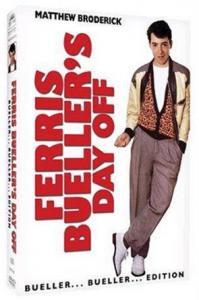 Charming teenager plans to pull the most epic of all sick days involving a borrowed sports car, a trip to a fancy restaurant and art gallery, and the hi-jacking a parade through the city, whilst at the same time roping their hypochondriac best mate into proceedings. So why can’t that teenager be a girl? Once you starting thinking about it, this is the perfect film to switch. Ferris is one of Hollywood’s great characters because you’re really supposed to hate everything about him (he cheats, he lies, he uses people), but you just don’t. Quite the opposite in fact. Just imagine how great he would be as a girl we love to hate/hate to love? You can order a copy of the original using Xtra-Vision discount codes for £5.99 if you’d like to brush up on your Ferris, but this film is so good, everyone already owns a copy, right?


Flight of the Navigator 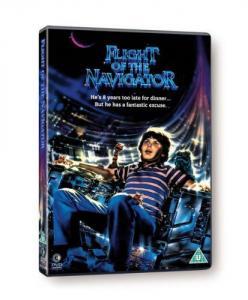 In 1978 a 12-year-old boy trips into a ravine and falls unconscious. When he wakes up and makes his way home, he finds he is 8 years into the future and he has been missing all this time, yet everyone else has aged and he has stayed the same. The premise of this film was great, and it sometimes gets overlooked in lists of 80s classics, but many of us still remember it well. In addition to making the main character a girl instead of a boy, an updated dated version could fix one of its major flaws – the robot/alien thing in the spaceship which was always veered on the wrong side of annoying. If you yourself have overlooked this one, firstly, shame on you, secondly, you can use Amazon promotional codes to get your own copy of this underrated classic for £6.40 on DVD or £8.99 on Blu Ray. 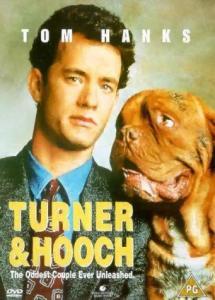 The 80s was awash with buddy movies featuring man and dog and this one was by far the best of the bunch. When it turns out the only witness to a murder is the victim’s rather large and dribbly dog, the cop on the case agrees to take him in, but guess what? The dog is a nightmare. But don’t worry, they learn to love each other because this is Hollywood, after all. However, women love dogs too, perhaps even more so, and I can’t remember the last time a film of this sort was made that was actually any good. Perhaps Turner and Hooch was the last dog buddy movie made that was any good… So there you go, someone accept this challenge and remake it with a woman as the main character. Unfortunately, DVD copies of the original Turner and Hooch are quite hard to come by, but good old Amazon promotional codes have a few available for £4.53 so grab one while you can.

There are certain films you just have to own a copy off because even if they are on a streaming service, there’s no guarantee they’ll stick around forever. So when the inevitable remakes do happen (and let’s hope they will make them more interesting by swapping the genders around), just make sure you reacquaint yourselves with the originals in all their 1980s glory.