New research has shown that 1 in 3 dogs carry ticks after the largest every survey of this kind was carried out in the UK, the BBC has reported.  Almost 15,000 dogs across the country were checked at random when visiting their vet, and scientists at Bristol University who undertook the study known as The Big tick Project, discovered that 31% were found to be carrying a tick. So what does this mean for dogs and their owners and how can they take measures to prevent ticks in the future?

It’s wasn’t only the amount of ticks uncovered by this new Bristol University study that was surprising – researchers also gathered new information on the most common places in the UK where ticks can be picked up, with ticks being found on dogs in both rural and urban areas and the Scotland, East Anglia and the South West being the regions where they are at the highest risk. Pet owners should be particularly aware of the dangers of picking up ticks in the long grass of woodland areas but ticks can also be found in gardens and urban areas, becoming attached when a dog or person brushes against something that a tick is holding on to. 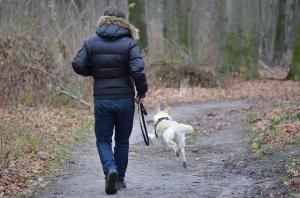 On the dangers associated with ticks, Professor Richard Wall who lead study says, “What we are primarily concerned about is the diseases that ticks carry. In the UK we have relatively low rates of the prevalence of these pathogens at the moment, and in contrast, in continental Europe they have much higher rates of disease. As there seems to be a rise in tick numbers, we need to be concerned and be aware of the potential for increasing problems.”

The most common disease carried by ticks is Lyme Disease which can cause serious health problems including heart disease, and symptoms in humans can include muscle and joint ache and a red circular rash around the tick that is sometimes known as a ‘bullseye’. But although dangerous when left unattended, Lyme Disease can be treated with antibiotics, and the risks of falling ill from it in the UK are low with only 3% of ticks carrying the bacteria at present.


How Can Pet Owners Prevent the Spread of Ticks?

The main preventative measure dog owners can take is to invest in regular treatments that can deter ticks. Waitrose Pet promo codes, Monster Pet Supplies discount vouchers and Chemist Direct promotional codes are good sources of a wide choice of spot-on treatments, sprays and tablets, but pet owners should make sure they choose a product that covers ticks as well as fleas.

The Kennel Club also recommends you carry out regular checks on your dog and yourself if you’ve recently visited woodland areas. Ticks can vary in shape, size and colour, but are usually small and oval. However, they can grow when they start to feed and become engorged with blood. It’s very important that pet owners don’t try and pull them straight off or poke, prod or irritate the tick – the former can be very painful for a dog and leave parts of the tick embedded in the skin, and the latter can spread the bacteria. Instead contact your vet in the first instance - they can remove it correctly and show you effective methods of removal that you can use yourself.

It’s important to be aware of the risk of ticks to dogs and ourselves, especially after walking wooded areas but with diligent checks and awareness, it’s possible to prevent infection at the outset.