Stock Up Your Pirate Goodies on Talk Like a Pirate Day

By far the most bizarre awareness day there is, Talk Like a Pirate Day is now a well-loved celebration no matter whether you choose to take part or not. Kudos to those who do in fact manage to talk like a pirate for the entire day, but for the rest of us, we must take celebrate in other ways. So for more pirate-themed fun, we’ve taken a look at some pirate-themed goodies currently available online to fill any pirate-shaped hole you have in your life. Or to help you in some early Halloween preparations. Either works. 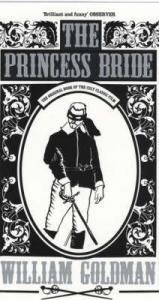 One thing we’re not short of is pirate-themed books and there’s plenty to choose from whatever age you’re buying for. Let’s start with the classics. Yes, we’re talking Treasure Island, Peter Pan and that slightly more modern classic The Princess Bride by William Goldman, featuring the Dread Pirate Roberts.

Picture books are probably the type that most spring to mind when you think of pirates, and The Night Pirates by Peter Harris is now considered a bit of a picture book classic in its own right. For more pirate fun, there’s The Pirates Next Door by Jonny Duddle and Pirate Girl by Cornelia Funke.

And for older readers, you could choose to get lost in The Assassin’s Curse by Cassandra Rose Clarke, or Pirate Latitudes by Michael Crichton, and you can get all of the above titles as well as many more pirate-themed adventures using our Waterstones promo codes. 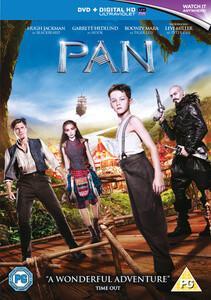 Well, there’s a particular set of films that need no introduction and the would be the Pirates of the Caribbean movies, all of which are available in box set form using Zavvi promotional codes if you wish to reacquaint yourself with Captain Jack Sparrow. Going back to Peter Pan for a moment, it should come as no surprise to discover that the sources material has been a huge inspiration for many different films over the years including Disney’s original Peter Pan (soon to be rebooted in a live-action version), the more recent prequel Pan, starring Hugh Jackman as Blackbeard if you fancy a pirate crossover story, and who can forget Spielberg’s Hook?

There aren’t quite so many pirates on the small screen, but a recent exception is the US series, Black Sails, a prequel to Treasure Island now up to its third season, and also available from Zavvi on DVD. 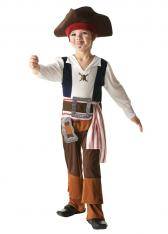 You might have missed your chance to dress up as a pirate on this year’s Talk Like a Pirate Day (unless you’re reading this in full Captain Hook gear), but this won’t be your only opportunity to shiver your timbers before the year is out. Yes, if you fancy dressing up as a pirate for Halloween next month then Party Britain discount codes can save you money on your outfit and accessories, whether you want to be Captain Jack Sparrow, a ghost pirate or Captain Hook, and they’ve also got pirate party accessories, children’s pirate outfits and the obligatory inflatable sword.

It's not too late to celebrate pirates in whatever form you like, so this Talk Like a Pirate Day, why not go one step further than practising your pirate vocal gymnastics and pick up the odd pirate goody or two?