Get Ready for Organic September

The benefits of eating organic food is a much talked about issue, and for every proponent discussing the potential harm chemicals and pesticides can do to your health, you’ll have an agricultural spokesperson disputing this and saying that eating food treated with pesticides is perfectly safe. With Organic September on the horizon, we thought we’d take a closer look at some reasons why you might choose to purchase organic foods over non-organic produce, and the benefits of eating particular types of organic food and drink… 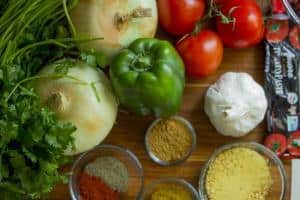 Why indeed? If you were to completely dismiss many organic foods on price alone then that would be completely understandable because to aim for a 100% organic food order would increase your spend dramatically. But those who support the development and importance of the organic food industry cite the fact that much of the evidence surrounding the effects of pesticides on our health is moving towards worrying conclusions. An important concern right now is the not only the sheer amount of chemicals that the industry is permitted to use, but also the fact that the many different combinations of these chemicals that could result in a potentially more harmful cocktail. There is also evidence that the amount of pesticide residue found on food is going up – 46% of non-organic food contained residue of one or more pesticides compared to just 25% in 2003.

However, on the other side of this argument, regulatory public health bodies are keen to emphasise that these residues are all below permitted safe limits.

One aspect of organic farming that can’t really be disputed is its much more positive effect on the local environment, with wildlife being 50% more abundant on organic farms, organic farms supporting 75% more plant species and having 50% more species of pollinators.

With more and more research becoming available, it can be argued that a move towards more organic products is a safer option all round, as well as being the obvious choice for those concerned about the environment, but the problem of price is still a pressing issue. If you’re unsure what organic products to try first, we’ve taken a closer look at a couple of categories… 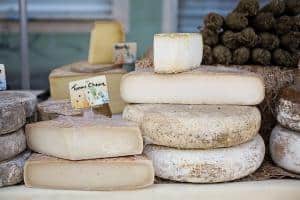 We’ve grouped these two together as the benefits of eating organic beef are also the benefits of eating organic cheese. One key area of concern is the use of antibiotics in non-organic meat. Non-organic farms are permitted to use antibiotics as a preventative measure whereas organic farmers can only use them after their animals become ill. The concern raises its head when you consider the large amounts of antibiotics being used and how this will negatively impact on their effectiveness in the long run – almost two thirds of all the antibiotics in the EU are used on farm animals.

Whatever your level concern about animal welfare and health issues, there’s one factor that can’t be disputed – organic meat and cheese just tastes better. If you want to do a taste comparison, or make a start in your organic journey, Pong Cheese promo codes can save you money on their dedicated organic cheese range that includes both continental and British cheeses. 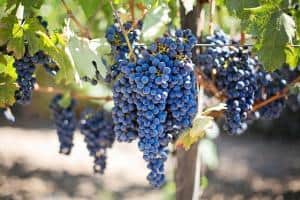 This might not be the first thing you think of when looking for organic products, but with more and more people becoming aware of the provenance of their food and drink, more customers are now asking for organic wines. In non-organic wines, chemicals can be used in both the grape cultivation and also the production methods, but finding an organic wine can sometimes be a tricky process. To be certified organic, this means a wine must be produced with organically grown grapes, but the classifications vary depending on where the wine comes from. Your best bet for buying organic wine is to use a retailer that has an organic category - for example, Waitrose Cellar discount codes can save you money on their large selection of organic bottles.

With many supermarkets now offering huge organic ranges as standard, it’s easy to get hold of pretty much whatever organic product you want, but when it comes to decreasing the costs involved, you can use online savings such as Ocado promotional codes to cut down the price of your order as a whole. Or alternatively, there’s always the option of growing your own organic vegetables!