Show Your Support For Bristol Animal Rescue Centre This March 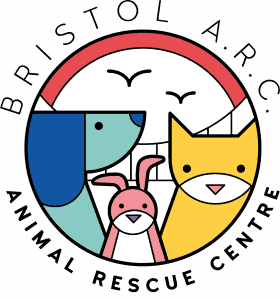 Bristol Animal Rescue Centre has been helping, healing and homing since 1887. This year they are celebrating a landmark year; they were founded 135 years ago, and while their name may have changed since then, their core mission remains the same. Caring for over 7,000 vulnerable animals a year remains their top priority and in this, their 135th year, they've got exciting plans to bring that mission to life in new ways.  They are the oldest and largest local animal charity, and while they are proudly affiliated with the RSPCA, Bristol A.R.C are an independent charity and receive no automatic funding from them. The charity relies entirely on local support within the community to fund their vital work.

Every year, they help over 10,000 vulnerable animals - from abandoned, stray and unwanted pets to sick and injured wildlife.

Every animal is special, however there will always be some that take a special place in the charity’s hearts for one reason or another, such as Kevin (a young Rottweiler) who arrived in Bristol A.R.C as a stray last year. 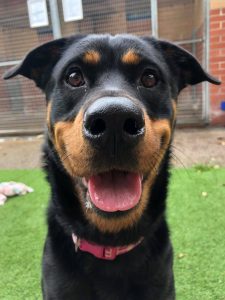 When Kevin arrived he was very frightened and would try to defend himself by growling and barking whenever anyone approached, and he was so stressed that no one could go near him for the first few days. With daily desensitisation sessions from the charity’s experienced staff, he very gradually began to trust his carers and learned that he could interact with them safely and come out of his kennel for exercise and training. The charity’s team began to teach him cooperative care techniques, allowing him to voluntarily take part in force-free handling. Eventually, he learned to lie on his side on cue, put his nose into a muzzle that he chose himself, and to keep still while his heart was listened to with a stethoscope. Once he was ready, vets were able to perform a health check on him without any discomfort or restraint. As a result of the many months of daily work with him, Kevin is now a cuddly, affectionate dog who enjoys meeting new people, and is ready to find his new home.

In 2020, despite the struggles the charity faced including being in lockdown for many months, they were still able to achieve some amazing things:

- They managed to find loving new homes for 222 animals.

- They reunited 209 lost animals with their owners.

- They cared for over 1,198 injured or sick wild animals.

- They took in and cared for 424 stray animals - from cats and dogs to ferrets and everything in between!

In March 2021, Bristol A.R.C launched their Spring Appeal - "Keep Our Nightlight Burning" - partnering with a Bristol veterinary practice to provide emergency out of hours support for animals in their care, and extending the hours worked by their Animal Care team in the evenings, ensuring each animal gets more time for walks, cuddles, and anything else they might need before bedtime. To find out more or donate to this appeal, visit their website.

Bristol A.R.C are so much more than an animal charity - they also support pet owners and communities across Bristol and the surrounding areas. From their important weekly pop up clinics and outreach work which has a lasting impact on the local community, ensuring no animal suffers due to the cost of veterinary treatment, to reuniting worried owners with their lost pets, Bristol A.R.C are there for pets, people, and for Bristol.

This March, we’re delighted to be supporting Bristol Animal Rescue Centre in our charity poll. You can help them to win 20% of this month’s profits by casting your vote for them today! If you’d like to be part of their rescue tail, head over to their website to find out more: https://www.bristolarc.org.uk/.