Well, that didn’t last long did it? Sam Allardyce has just been awarded the not particularly welcome title of shortest ever tenure as England Manager. But on the flip side, he’s now also the only England Manger with a 100% victory record, a useful fact to store away for future pub quizzes. But who else in history has rivalled this short stint at the top, and not just when it comes to football? 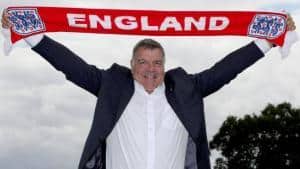 Let’s start with the problematic state of affairs that is currently English football. When it comes to the England Manager’s post, Sam Allardyce is going to take some beating with his 67 days, but they are now talking about the job being a bit of a poisoned chalice, so who knows what’s going to happen in the future? His nearest rival for shortest stint is Steve Maclaren who managed 18 games over 15 months, but was given the boot after England failed to qualify for Euro 2008. And a special mention goes to Kevin Keegan who also lasted just 18 games, but managed to secure us a historical loss against Germany during the final game in the old Wembley Stadium. Thanks Kev.

You can find tenures of a similar length to Big Sam’s in club football, with the most famous probably being Brian Clough’s management of Leeds United in 1974 which lasted for 44 days and was notable for the mutual loathing on the part of both Clough and the players. And spare a thought for Leroy Rosenior who holds the record for shortest management stint at just 10 minutes. He took charge of Torquay in 2007, just as it was being taken over by a local consortium who declared they wanted someone else before the ink was even dry on his contract.

Some might say that royal history is as fraught as that of football management, but at least there’s no record of beheadings in the latter. Lady Jane Grey is probably the most famous of the short-lived monarchs, so much so that she is also known as the ‘Nine Day Queen’, which might give you some clue as to how long she lasted on the throne. Although nominated to succeed by her cousin Edward VI when he was on his death bed, this was overturned not long after, and she was beheaded the following year.

Here in the UK, the shortest serving Prime Minister was George Canning who lasted just 119 days by the end of his tenure in 1827, but across the world there have been examples of short leadership stints that rival and better Big Sam’s. In 1910, the King of Portugal, Luis Felipe lasted just half an hour. He took the crown following the death of his father but was then unfortunately assassinated. We’re not sure the saying ‘it was good while it lasted’ really applies in his case. And then there was Boris Yeltsin, who appointed himself to the position of Russian Prime Minister until someone was brave enough to point out that this might be somewhat unconstitutional just a few hours later. We’re not entirely sure what the fate of that particular person was.

So you see, Sam Allardyce can take comfort in the fact that it could be A LOT worse. After all, he is technically the most successful English Manager in history at this moment in time. And if you want to avoid a short career tenure yourself, make sure you choose the right vocation and put the work in with one of our Of Course promo codes or Stonebridge College discount vouchers. Or if you want a career change and fancy giving teaching a go, TEFL promotional codes are a fantastic starting point, offering the opportunity to gain new skills and even travel.