We are right in the middle of English Tourism Week, so to celebrate our surprisingly varied landscape, we thought we’d look at some of the less well-known attractions that you might want to explore now that the weather is slightly more favourable…

There are certain tourist attractions in our capital that are on everyone’s list – the Tower of London, Buckingham Palace, the Natural History Museum – the list goes on and on. But being one of the biggest, most interesting, most diverse cities in the world, of course there’s more to discover if you scratch the surface, whether you live there or want something different to do on a day trip. A good starting point is one of the many ‘secret’ or ‘undiscovered’ London walking tours that will introduce you to some interesting spots not usually mentioned by your standard tourist guide – traces of Roman history dotted throughout the city, secret gardens in the middle of Soho, forgotten graveyards – and once you’ve got the bug, you might want to do a bit of research yourself and see what other secret bits of London history you can uncover. 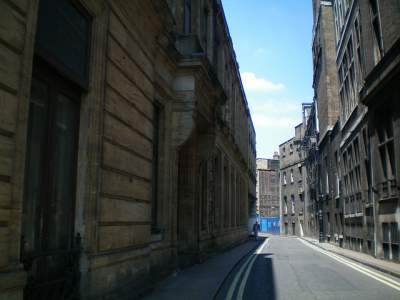 What do we already know about the Cotswolds? Beautiful countryside, lots of rich people live there, most of it has featured in an episode of Midsomer Murders at some point and …well, that’s about it really. However, it may have a posh reputation, but did you know that the Lonely Planet listed the southern part of the region as one of its 50 ‘undiscovered and overlooked’ destinations in Europe in 2014? Perhaps this spring is the time to take a fresh look at the area, and Just Go Holidays are offering the perfect opportunity with £50 off their National Trust tours if you book before the end of March. We talking specifically about their Hidden Cotswolds 4-night break which takes in many of the not-so-well-known sights, so get your English countryside fix while the weather holds out.

Not a specific location this one, but rather an attempt to highlight some of England’s less well-known, and consequently, more interesting bits of coast line. We all know those famous beaches that everyone flocks to when the sun comes out, but what about being a bit more adventurous? Yes, some of England’s secret beaches are a bit of a trek to get to, but some not so much – for example, it feels like every Londoner catches the train to Brighton on a sunny Bank Holiday weekend (if the trains are running that is), but not many people venture further east to Rottingdean or Seaford where they’ll find lots of charm and fewer crowds.

Other secret beaches include Embleton Bay in Northumberland (often deserted and with castle views), Covehithe in Suffolk (slowly eroding so won’t be here forever) and Chapel Porth in Cornwall (growing in popularity like very corner of the West Country so visit before the crowds descend). 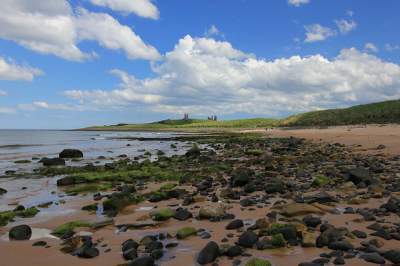 Talking of Northumberland, we think this part of the North East doesn’t get anywhere near enough love and attention. Often overshadowed by more famous northern regions like Yorkshire and the Lake District, Northumberland could provide you with all the rugged beauty, family attractions and history you could want in an Easter break. A fantastic option to look at are Northumbria Coast & Country Cottages, who have been introducing holiday makers to Northumbria since 1981 state that "Northumbria has it all, from intimate retreats to stunning sunsets, and from hidden history to delights such as Northumbrian cheese." Along with the more famous sight of Hadrian’s Wall, this area also boasts one of the most tranquil spots in the UK with the Northumberland National Park, the Holy Island of Lindisfarne and the impressive and astounding Alnwick Gardens. 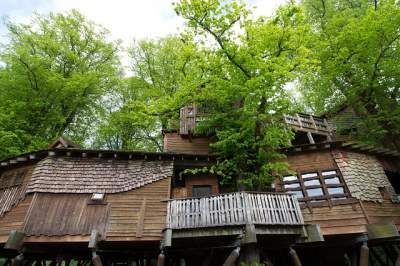 So don’t waste what the English landscape has to offer, especially now venturing abroad doesn’t get you particularly great value for money. The above list only represents a handful of what you can uncover in England this spring – it may be a small island, but you’ll never run out of things to enjoy.